She is the venture capitalist of food, a quiet presence turned potent influencer in the culinary world. Allison Rose has been the financial backer and resolute champion of some of the West Coast’s most celebrated restaurants and culinary innovations of the past decade.

Over coffee and croissants in downtown Palo Alto in the early spring of 2018, Allison Rose gushed about one of her latest restaurant investments. Two alumni of The French Laundry — chef Anthony Secviar and master sommelier Dennis Kelly — had just opened Protégé a couple of miles away on California Avenue. “They’re going to get a Michelin star,” she told me with confidence. Sure enough, when the Michelin Guide announced its 2019 San Francisco edition eight months later, Protégé was awarded one star.

Fast-forward to a few months ago: Rose and I are at Selby’s in Redwood City, the new fine-dining spot from Bacchus Management Group — the folks behind The Village Pub and The Village Bakery in Woodside, as well as Spruce and The Saratoga in San Francisco, among others. She has high hopes and praise for this place, too. “Selby’s makes you feel like you have stepped back in time, where the details inservice meant everything,” she says. “When you walk through those black doors, you can feel the gracefulness of the space immediately.”

“Like Protégé, Selby’s is part of the ever-growing Rose Culinary Ventures portfolio. In the past year or so alone, a number of her San Francisco food and drink investments have been especially noteworthy: There’s Che Fico, which appeared on Bon Appetit’s and Esquire’s lists of best new restaurants for 2018; Birdsong, another 2018 debut that earned a Michelin star less than a year after bowing; Moongate Lounge, the swanky bar opened in March by the Mister Jiu’s team; and Pim Techamuanvivit’s 3-month-old Nari, her local sequel to Michelin-starred Kin Khao.”

Yet high profile as these establishments are, Rose remains a fairly low-key figure. Her usual M.O. is to host dinners in her Palo Alto home with potential investors in attendance, during which the chefs dazzle them and hopefully sell enough shares to kick-start their culinary dreams. “I love to empower people I believe in,” she says, adding that championing female chefs is particularly important to her.

Rose’s contributions can transcend bankrolling and networking; there are also the intangibles. Aarti Shetty, who launched Birdsong with her chef-husband Christopher Bleidorn, remembers a phone call with Rose after the couple’s inaugural restaurant hit a roadblock: “She gave me a lot of advice, and we really felt that we had her support,” says Shetty. “Sometimes that’s all young entrepreneurs need — is to know that someone’s there.”

For as long as she can recall, Rose has been passionate about food and cooking. For her 13th birthday, the Santa Cruz native threw a dinner party for 20 family members. The menu, derived from Martha Stewart’s Entertaining cookbook, included stuffed pastry shells, a lamb dish and rice pilaf. The strawberry-chocolate ganache cake was inspired by nearby Gayle’s Bakery, and she garnished each plate with homemade chocolate roses. “I didn’t really have any training or experience, and I’m not sure if it was that good, but I did it,” she says. “And I loved it.”

When she was 19, she met her husband, Dan, while they were working at the same company in Idaho for the summer. In the late ’90s, a year after their first son was born, they moved to Ann Arbor, where Dan attended the business school at the University of Michigan. She prepared dinner every night, often inviting his classmates. Among them was Marc Weiser, currently a managing director of RPM Ventures.

It was Weiser who introduced Rose to restaurant investing. “I stumbled into it,” she says. “I was a young mother, and I think there’s always been this fear: What’s going to happen when the kids leave? And it’s funny how this naturally happened.” In 2013, Weiser approached Rose about financing Liholiho Yacht Club and The Progress, both in San Francisco. By then, she and Dan were living in Palo Alto, raising two sons and a daughter. He forwent his second year of business school after a summer internship with Amazon in Seattle turned into a seven-year stint. In 2006, he was recruited by Facebook, which meant relocating to the Bay Area.

The Roses now split their time between Hawaii’s Big Island, where their youngest is in high school, and Palo Alto. As of this summer, he is running Menlo Park-based early-stage fund Coatue. And her career as a food-centric venture capitalist is on the upswing, with the Oahu dining scene also in her purview these days: She is an investor in Merriman’s, which opened last year, and a forthcoming joint effort from chef Chris Kajioka of Senia in Honolulu and Mourad Lahlou, chef-owner of Mourad in San Francisco.

Rose credits her strong track record to trusting her gut; those who know her can attest to this. “Allison is first and foremost an amazing judge of character,” says Protégé’s Secviar. “She’s a very savvy diner and has a great reference point for quality, product and execution. She has a great feel for our industry and what will succeed based on a given concept and demographic.”

The chef points out another key virtue: “She understands her role — a crucial detail for restaurant investors. Allison doesn’t try to force influence or manipulate a concept as she sees fit. She scrutinizes a business plan and the people running the project, and once she is satisfied, she steps out of the way and does everything in her power to support and help get the project off the ground.”.

Hence, Rose’s level of involvement varies from minimal, as was the case with Dominique Crenn’s Bar Crenn and Greg Kuzia-Carmel’s Camper, to more hands-on. In the latter category is chef Scott Nishiyama, who cooked alongside Secviar at The French Laundry. Prior to meeting me at Selby’s, Rose had toured the future site of Ethel’s Fancy, Nishiyama’s eatery that will open in the former Prolific Oven location in Palo Alto next year.

Beyond restaurants, Rose Culinary Ventures’ roster includes Smitten Ice Cream, Sightglass Coffee and organic grocery delivery service Good Eggs. The through line for her investments is simple: “I have to like it,” she says with a laugh. “Everybody’s got a different palate and different things that resonate with them. When I look at my portfolio, they feel like places I want to go, people I’m proud of, people I want in my life, experiences that I personally want. I guess it’s selfish — but in a good way!”

As featured in Nob Hill Gazette

The ‘VC of food’ Allison Rose on investing in restaurants. 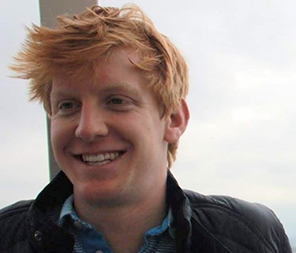 Patrick Allen joined Rose Culinary in 2021 and is based in Los Angeles. He focuses on early-stage companies in food and beverage and consumer tech.
Patrick is also an associate at RLH Equity Partners, a private equity firm based in LA. Prior to Rose Culinary and RLH, Patrick worked in M&A at Thrasio and sales development at Nextdoor. While at Thrasio, Patrick sourced 14 completed M&A transactions, including the largest deal in the firm’s history. At Nextdoor, he was responsible for developing relationships with advertisers and helped generate over seven figures of ad revenue. Before Thrasio and Nextdoor, Patrick founded a vending company freshman year of college, where he grew the network to 110 machines, operations in 13 states, and partnerships with several large hotel chains.

He can be reached at patrick@roseculinary.com